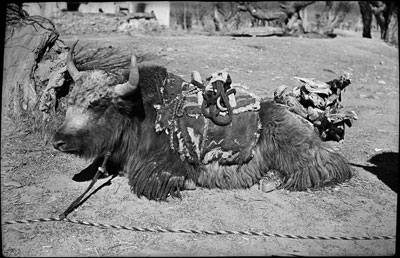 Yak with pack saddle in the Lhasa valley.

Other Information - Related Images: Those images prefixed with the number '7' relate to a group of negatives containing images of the Potala, yaks and donkeys, all of which seem to have been taken in early January 1937 [MS 10/03/2006]